Nick's Blog » Way Too Busy For Me

I guess I’d better be careful who I pick on. In yesterday’s blog, I wrote about a fellow moving his motorhome with the awnings out and rooftop TV dish up. Yesterday morning one of our neighbors came by to tell us that she is a relatively new blog reader, and a friend of the man in the motorhome, whose name is Pete. She got a laugh out of it, and showed it to Pete, who she said also got a chuckle when he read it. I haven’t met Pete yet, but I’m glad he has a sense of humor. Otherwise he might let the air out of my tires, or worse yet, not let me pet his little dog when I finally get the courage to poke my head back outside the motorhome. 🙂

Yesterday we had to run some errands, which included picking up our mail at the local post office, and then driving into Williamsburg to make a bank deposit.

I like this area of Virginia, as long as I stay here on what they call the Middle Peninsula, but a couple of trips over to Yorktown and Williamsburg were more than enough for me. It’s just way too busy.

The George P. Coleman Memorial Bridge carries U.S. Highway 17 traffic over the York River from Gloucester County to Yorktown. I’ve been over it several times now, and it doesn’t bother me because it’s fairly low and four lanes wide. 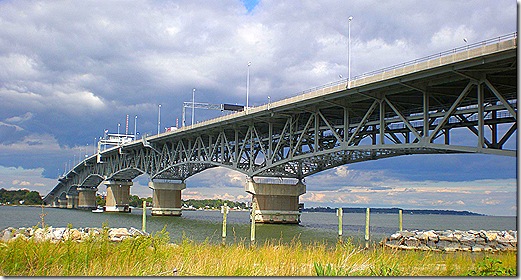 We saw the three-masted schooner Alliance sailing out into Chesapeake Bay. The ship is based in Yorktown in the summer months, and sails the Caribbean Islands in the winter, giving passengers a once in a lifetime vacation experience. 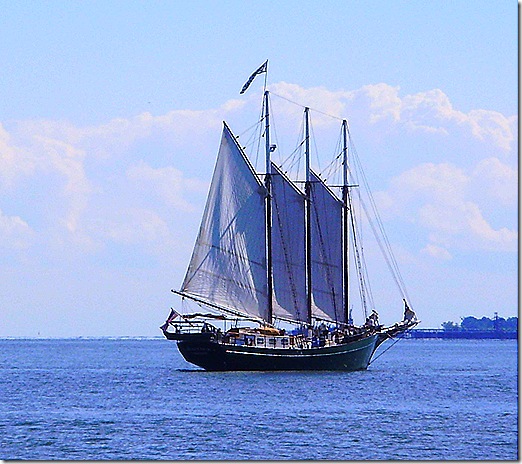 From Yorktown, we took the Colonial Parkway to Williamsburg. This 23 mile scenic roadway is administered by the National Park Service, and offers outstanding views of the York River. It reminded us of the slow paced Natchez Trace Parkway. 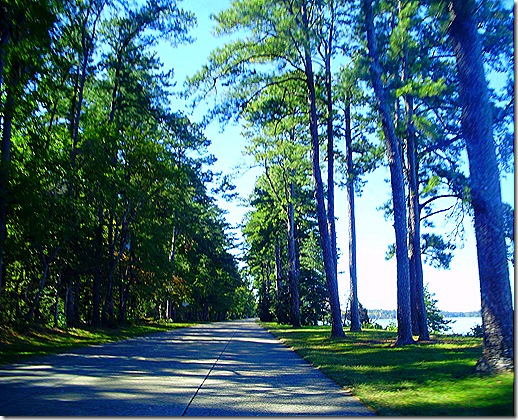 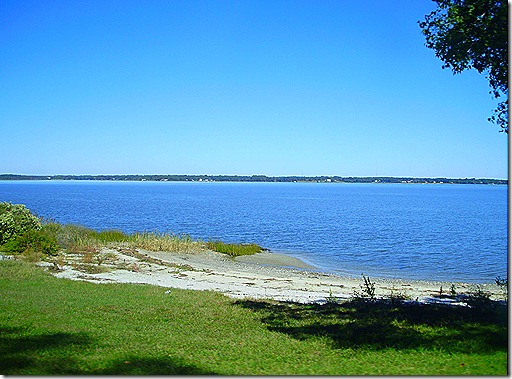 That all changed when we got to Williamsburg, where traffic was an absolute nightmare. There we found aggressive drivers, stop and go traffic, and everybody seemed to feel like it was a matter of honor not to allow other drivers to change lanes near them.

Somehow we managed to get into the old town section, where there were lots of tourists on foot to dodge, and their favorite game seemed to be chicken, as they stepped off the curb into traffic without ever looking to see what was coming.

Needless to say, by the time we finally got out of town, I was ready for the slower pace back here in Gloucester County. From where we were, the quickest route back was Interstate 64 eastbound, but it was at a near standstill, with traffic barely moving at all.  So we took the interstate west instead, getting off on State Highway 30 and taking it across the river to West Point. Then we followed State Highway 33 back to familiar territory. It was a few miles longer, but much more relaxed, and judging by the traffic back in the Williamsburg area, probably just as quick.

I’ll be happy to stay here at the Thousand Trails campground for the next few days, working on the new issue of the paper, away from all of the hustle and bustle of the outside world.

Bad Nick wanted nothing to do with the crowds, so he stayed at the computer and wrote a new Bad Nick Blog post titled Is It Time? Check it out and leave a comment.

Thought For The Day – I am so clever that sometimes I don’t understand a single word of what I am saying.

6 Responses to “Way Too Busy For Me”