Yesterday was another gray, dreary day. The rain had stopped, but there was a heavy overcast, and it was downright chilly. We even broke out our little electric space heater. I’m not ready for winter yet!

Miss Terry knew just how to put a smile back on my face, she baked a batch of her decadently delicious made from scratch cinnamon rolls! Trust me, they taste ten times better than they look! There’s nothing better than fresh, hot cinnamon rolls and a cold glass of milk to start your day off right! 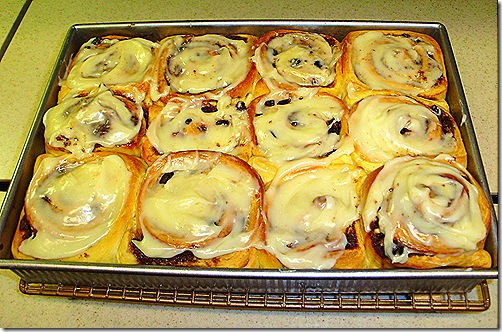 We spent much of the day not doing much, except answering e-mails and cruising the internet. Well, at least that’s what I did. Terry also did some laundry, put fresh sheets on the bed, washed dishes, and cleaned up all of the little messes I make and never notice.

About 3:30 in the afternoon we drove a few miles to Dutton, a wide spot in the road, to drop off some orders at the post office. This Thousand Trails preserve is several miles from anything, so while we were out we continued on to Gloucester to stock up on some things we needed at WalMart.

The small town of Gloucester Courthouse is the county seat of Gloucester County, and we poked around town for a little while, stopping at a nice little bookstore and chatting with the owner. They have preserved the original county courthouse and several other historic buildings in a small park located in an island right in the middle of the main street through town. 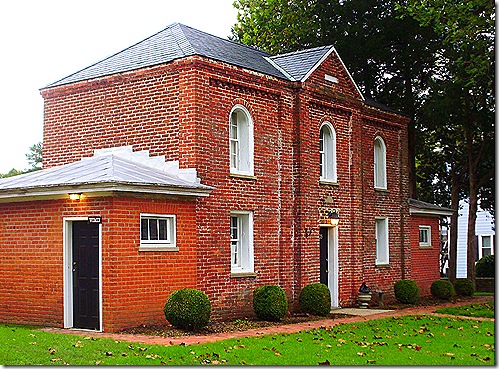 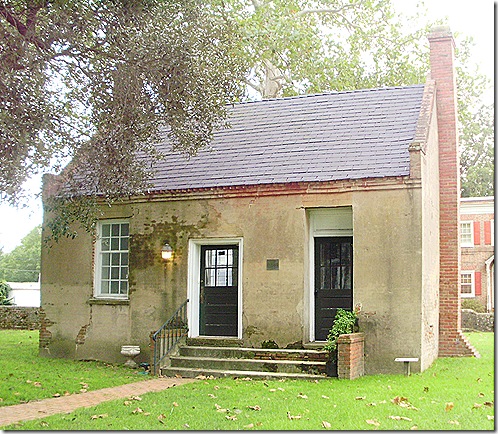 During the Civil War, Union troops marched into Gloucester Courthouse searching for weapons they believed Confederate forces had hidden there. They only stayed two hours, and didn’t find any weapons, but they did seize a large number of horses, mules, and other livestock from local families before marching on.

A tall monument on the site honors the county’s Confederate war dead. 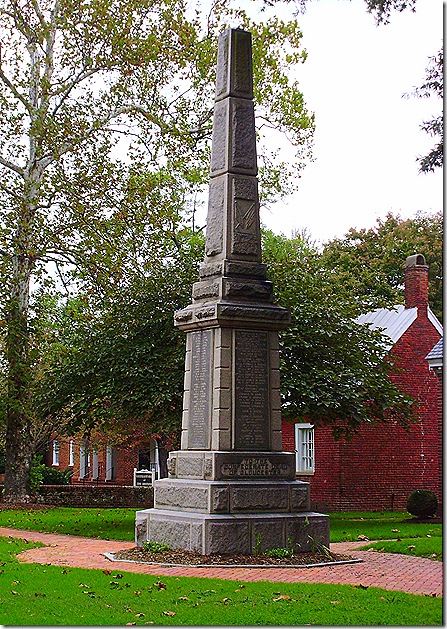 The back roads around here have all kinds of hidden treasures for us to discover. I could spend days just reading all of the historical markers alongside the roads, telling about early settlements, long forgotten plantations, military maneuvers, and such.

We stopped to take a picture of this old abandoned gas station. At one time, this was some entrepreneur’s pride and joy. I wonder what happened to that dream. 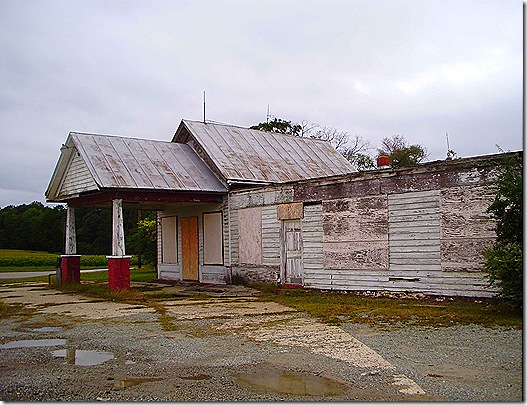 We love finding old places like this, whether they are still in use, or just old roadside relics. If you do too, you may enjoy a new website I discovered called LandmarkHunter.com. It is a sister website to BridgeHunter.com, another one where I can get lost for hours. Hey, I may not like driving over high bridges, but I sure do like looking at them!

We’re supposed to have sunny skies for the next few days, though it won’t get much warmer. But we’re going to try to get some sightseeing in while we can, and then I have to buckle down and get to work on the new issue of the paper.

Thought For The Day – Never underestimate the power of stupid people in large groups.

10 Responses to “Sweet Treats On A Gray Day”