Yesterday we drove a few miles to Britt, Iowa to check out the Hobo Museum, and instead found ourselves caught up in a wild crowd of bikers who had taken over this tiny farming community.

But don’t worry, these weren’t outlaw motorcycle gangs on a rampage, but rather bicyclists participating in the Des Moines Register newspaper’s annual bicycling event, the Register’s Annual Great Bike Ride Across Iowa, or RAGBRAI, for short.

Each year thousands of bicycle enthusiasts participate in the seven day long event, which takes a different route across the state each time.  This year the ride began in Sioux City and will end in Dubuque. Now in its 38th year, RAGBRAI is the oldest, largest and longest bicycle touring event in the world. The route follows the back roads all of the way, and stops for the night at selected small towns along the way. 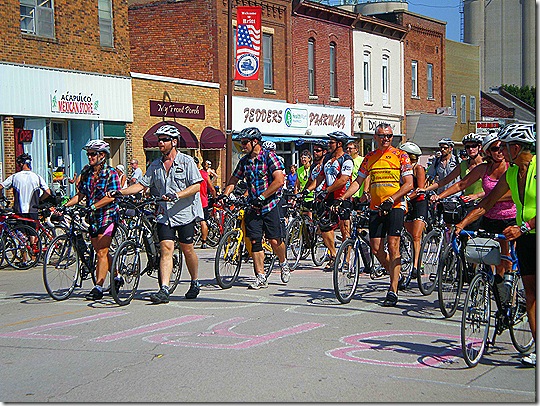 RAGBRAI is a bicycle ride, not a race, and the route is laid out with an average of 68 miles per day. RAGBRAI is limited to 8,500 week-long riders and 1,500 day riders, who participate in a lottery to be included. But the ride has few rules, and thousands more unofficial riders, who call themselves “pirates,” also participate. Some ride the entire route, and many more ride just short sections. Riders range in age from 10 years to over 80 years old, 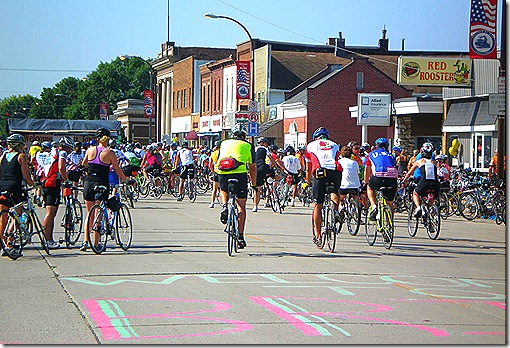 This year, the number of riders we heard about in Britt ranged from 15,000 to 17,000. and that doesn’t include the thousands of support personnel who travel the route in cars, pickups, vans, converted school buses, and RVs, carrying tents, bicycle parts, supplies, clothing, and food. 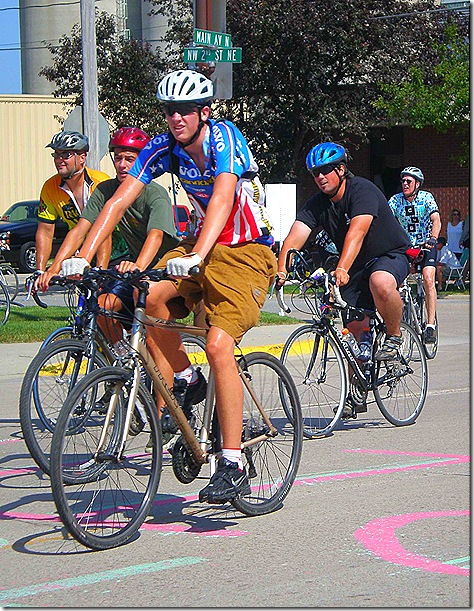 One might think that Iowa’s small towns would would cringe at the thought of hordes of riders and support teams descending on them, but quite the contrary, towns bid for the opportunity to be included in the route. These riders bring a lot of money to town. In addition to filling local motels and restaurants, every night is  a party. We were told that during their stay in one town this week, they spent over $50,000 for beer alone! In one town! I don’t know how accurate that figure is, but from what we saw, this is definitely a group that rides hard and parties harder, and some folks looked like they were sweating more than water and salt as they passed by us!

In addition to the riders and their support teams, the sidewalks were filled and the streets lined with vendors selling everything from cookies to t-shirts, and people who just came to see all of the activity and watch the parade of riders go by. 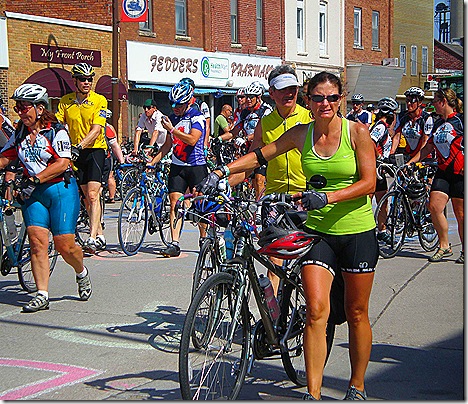 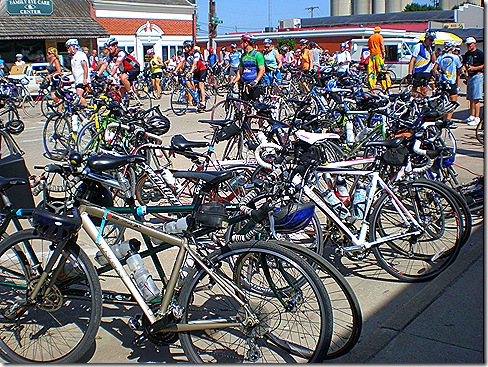 One lady even brought her goat to town for all of the festivities. After all, it is Iowa! 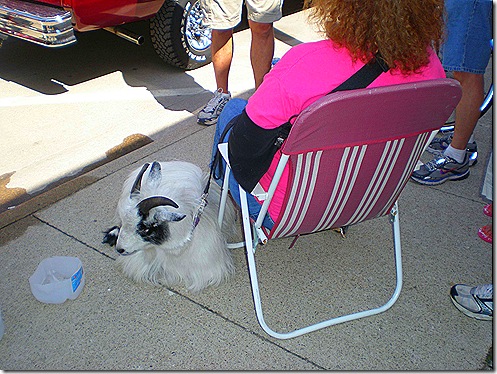 We watched the riders for a while, visited the Hobo Museum, where Miss Terry took my picture with a gentleman named Todd “Ad Man” Walters, who was crowned King of the Hoboes at Britt’s annual National Hobo Convention in 2005. I’ll have a feature story on the Hobo Museum in the next issue of he Gypsy Journal. 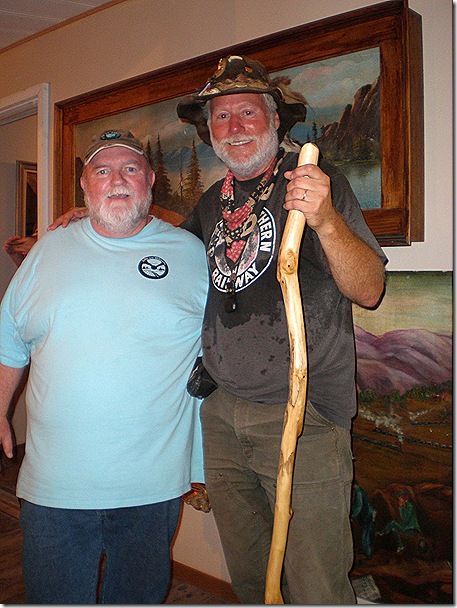 Back at Forest City, we had hoped that the work on our motorhome would be finished yesterday, but they still have a couple of hours left before everything is done. Hopefully, we’ll be on the road by noon today.

We’re looking forward to getting up to Traverse City and settling in for a few days, while we get Miss Terry’s annual medical checkup out of the way, and visit my cousin Terry Cook and his family, and our friends there.

And after days of getting up so early, I plan to sleep very late, then open my eyes, take a look at the world, and then roll over and go back to sleep again!

3 Responses to “Riding Across Iowa”