There is an interesting thread on the RV.Net forum discussing a Forbes magazine article on America’s Scariest Highways. Since we are considering taking US Highway 50 across Nevada in a few weeks, I found it interesting that this route, known as “The Loneliest Road in America,” was among those listed.

The article says US 50 gets its “scary” designation because it crosses miles of open desert, where you may not see another vehicle for 30 minutes or more. Okay, so how does that make it scary? I love lightly traveled roads, don’t you?

We’ve driven many of the highways listed, and while some were not much fun (Interstate 70 through Colorado), others left me wondering why the authors of the article find them problematic.

For example, US 1 though the Florida Keys was listed. Except for the Seven Mile Bridge, which I drove over several times and didn’t find to be a problem, most of the drive is delightful. Slow, if there is a lot of traffic maybe, but far from scary.

I’ve been on some scary stretches of road in my time, though I think one man’s terror ride may well be a piece of cake for someone else. Many years ago we took the advice of some locals (never a good idea) and took a “short cut” on our way to an Escapade rally in Lancaster, California that took us across State Route 138 from Cajon Junction to Palmdale. The road was a narrow two lane route that climbed and wound around a mountain side, with a steep drop off on one side and solid rock cliff on the other. Now throw in crazed Friday night drivers headed out to party, coming the another way, crossing over the  centerline as they sped around the curves. By the time we got to the Elks lodge in Palmdale, I was a bundle of screaming, frayed nerves.

US Highway 60 through Arizona’s Salt River Canyon used to intimidate me with its hairpin turns and steep drop offs, but I have driven it so many times over the years that I don’t even notice it any more.

Some of my least favorite roads include the above mentioned State Route 138 in California, and Interstate 70 in Colorado as it heads downhill into Denver, along with Interstate 75 through Atlanta, and any highway anywhere around Los Angeles or Houston.

My fear of bridges has gotten a lot better, but it’s still a very real issue for me. A lifetime ago, I lived on the Washington coast and owned newspapers in Long Beach, Washington and Astoria, Oregon. I have crossed the Astoria Bridge over the Columbia River in everything from cars and pickup trucks to motorcycles and vans, but the first time I approached that bridge in a motorhome, I took one look and drove 75 miles upriver to cross on a lower bridge, and then drove 75 miles back to the coast!

I have driven Interstate 75 across the Mackinac Bridge in northern Michigan, and it scares the hell out of me every time. The last few times, Miss Terry drove over the bridge, but I was still just as scared.

One (actually two) bridge crossings that I’ll never do again are the two narrow, high bridges on US Highway 60 that cross the Mississippi, and then the Ohio River, within just a 1/2 mile or so near Cairo, Illinois. Miss Terry did that driving, but I was still a basket case by the time we got to the other side. 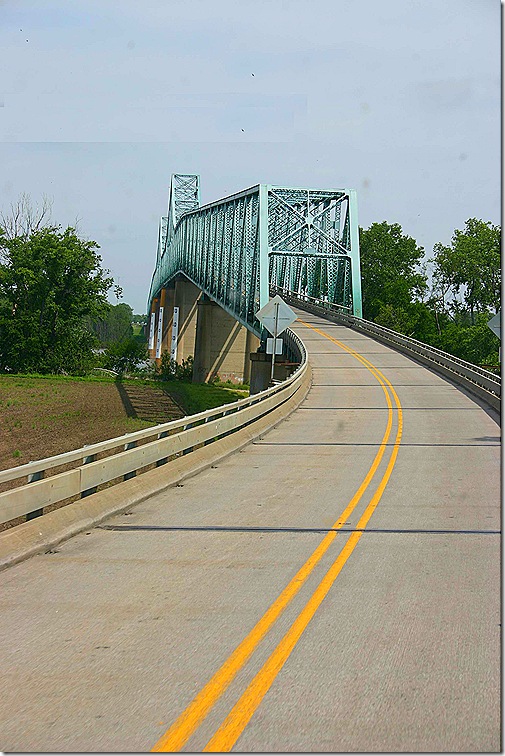 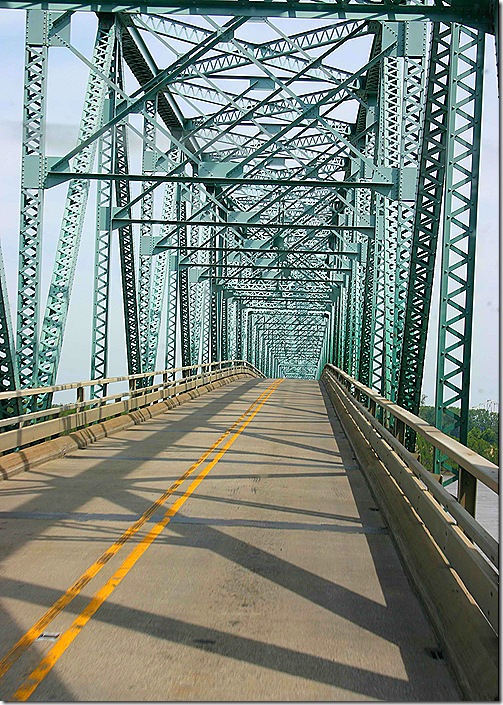 Don’t even mention me traveling over the Chesapeake Bay Bridge in Virginia. It’s just not going to happen!

What about you? What are some of the highways you find scary, and why? Come on, fess up. I can’t be the only neurotic wimp out there!

Thought For The Day – Don’t simply seek interesting surroundings, but be continually interested in whatever surrounds you.