Terry and I did a lot of exploring along the central coast yesterday, but rather than post one super long blog, I’ll break it up into two or three shorter blogs over the next few days, since the weather is turning colder here, and we probably won’t be out playing as much.

One of our favorite places in the world is Morro Bay, California. I first discovered this charming little town back in the mid-1970s, and I said then that if it wasn’t in California, I’d move there. Even with the state’s drawbacks (flakey politics, taxes, over-population), I’ve still seriously considered it a time or two. When Miss Terry and I got married thirteen years ago, I brought her to Morro Bay for our honeymoon, and she was just as taken by the place as I was. I think Terry said it best yesterday when she said her soul is at peace here.

The town takes its name from its famous landmark, Morro Rock, a 576 foot high volcanic plug that stands at the entrance to the harbor. Morro Rock was named by Spanish adventurer Juan Rodriguez Cabrillo, when he explored the coast during the 16th Century. 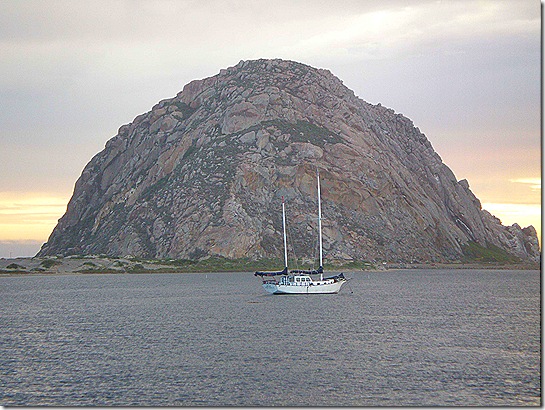 Morro Bay is a working fishing village, and you can watch commercial fishing boats unloading their catches at the docks along the Embarcadero every day. The town is also a tourist destination, with dozens of shops and restaurants lining the waterfront and extending up the hill from the harbor. 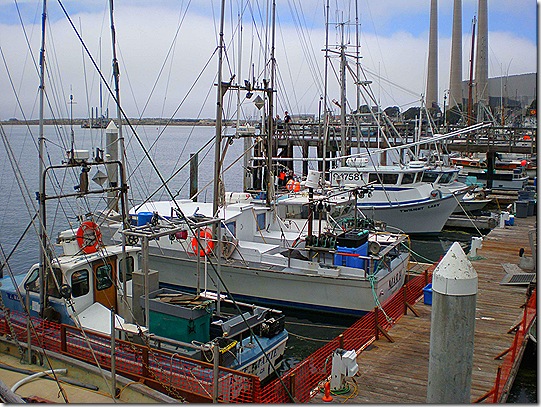 In spite of the current cold snap we are experiencing, overall Morro Bay has mild weather all year long. Terry and I commented yesterday that we had better weather during our honeymoon, which was in January, than during this late June visit.

Besides shopping and dining, you can book a charter fishing trip, take a whale watching expedition, a boat tour of the harbor, or rent a kayak and explore on your own. 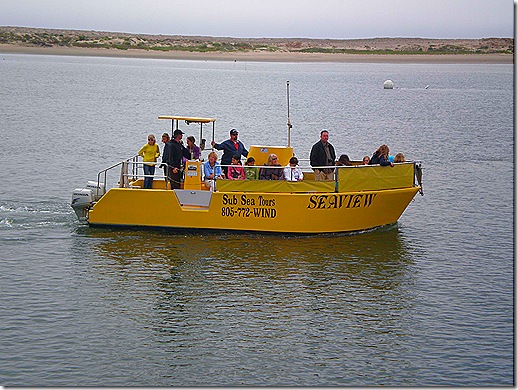 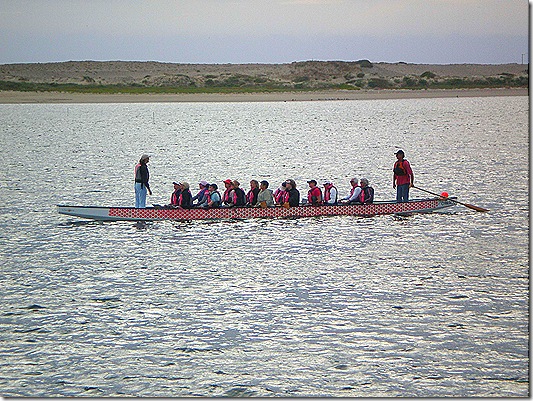 Terry and I wandered up and down the waterfront, poking our heads into the shops, admiring some of the crafts on sale, and watching harbor seals swimming along and bobbing their heads out of the water. 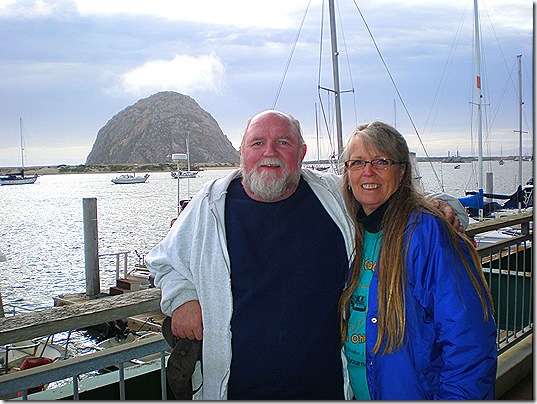 Now, while Morro Bay has not changed much over time, I do have to say that I noticed one major difference. I used to love to go to Crills II Bakery for their cinnamon rolls, and sitting at one of the outdoor tables along the waterfront, eating one and watching harbor life go by, was always a treat. But, after all these years of eating the wonderful cinnamon rolls that Miss Terry makes, Crills just didn’t hold up yesterday. That lady has spoiled me in more than a few ways!

It was a weird day yesterday – for much of the day a heavy cloud cover obscured parts of Morro Rock, then it would suddenly clear up for a while to give us a nice view, and then just as quickly the shroud would drop back down.

After a while, it became a little too cold to be comfortable on the waterfront. We visited a few RV parks in Morro Bay, dropping off bundles of sample copies of the Gypsy Journal, and then we drove up the coast to check out some other places.

We returned to Morro Bay for dinner at The Galley, an upscale seafood restaurant with a wall of large windows overlooking the bay and Morro Rock. Terry had the sautéed scallops, while I chose the fried prawns. Both were good, but the place is out of our price range for frequent visits, and we’ve had better meals for less money.

When we got back to the Elks lodge campground in Oceano, we discovered that a small Class C had arrived and was parked on the other side of us from the RV that came in the day before. Our new neighbors have a couple of young boys with them, and at 10:30 p.m. they were still outside making a lot of noise. I don’t think we’ve ever had any neighbors with kids at an Elks lodge before. We don’t mind kids; heck, we used to be kids ourselves once. But now we’ve become grouchy old farts, and we’re not thrilled with people who allow their kids or pets to disturb others.

Thought For The Day – By the time a man is wise enough to watch his step, he’s too old to go anywhere.