Yesterday we found three neat places away from the Las Vegas Strip to explore, and our friend Jan White got to check one more thing off of her personal bucket list.

My pal Jan may seem like your average retired RVing lady, but underneath that peaceful exterior beats the heart of an Annie Oakley! So when she learned that The Gun Store, located on Tropicana Avenue, has an indoor range, where customers can bring their own guns to shoot, or rent firearms from the store, including machine guns, Jan was raring to go!

The store has an impressive collection of fully automatic weapons available for rent, including military style M-16s, Soviet AK-47s, Israeli Uzis, and everything in between. But Jan had her sights set on the most classic of them all, a Thompson submachine gun. This is a weapon I know intimately, and highly respect. The .45 Tommy gun won fame during the wild gangster days of Prohibition, and saw action in every American war from the Banana Wars of the 1930s through Vietnam. It was my preferred weapon during my time in the Army, and even though it was older than I was, I trusted my beat up old Thompson more than any M-16 I was ever issued.

Terry and I stayed outside of the actual range area, looking though a glass wall while Jan was shooting. A couple of young guys were standing next to us watching the action, and one marveled that “that girl” was going to shoot a Tommy gun, predicting that it would “knock her on her butt.” I told him that I knew “that girl” and I was willing to bet money on her performance if he was. He decided not to take the bet, and it was a good thing, because once she got the feel for the weapon, Jan really tore up her target! “That girl” made me proud! 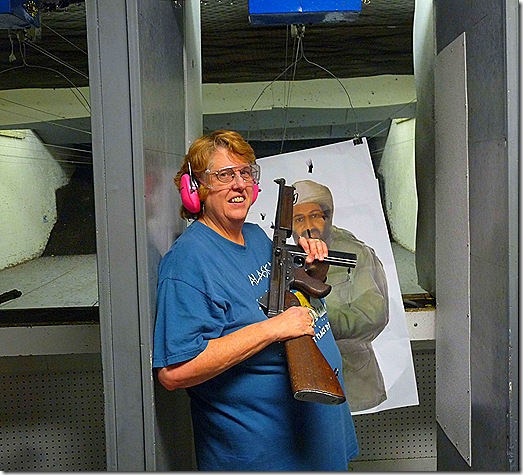 A block or so from the gun shop, we spotted a place called Fox’s Spy Outlet, and I just had to stop and check it out. Inside the small shop, we found all kinds of neat gadgets, like this stun gun disguised as a cell phone, tiny surveillance cameras, and miniature recording devices. There was even a camcorder disguised as a fountain pen! 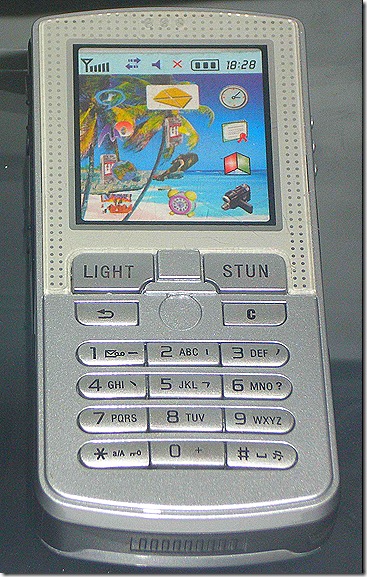 One thing I liked was Rex, an electric guard dog alarm that senses motion outside of your door and sounds just like a ticked off German shepherd. I don’t want to own an animal at this point in my life, but I want one of these things! That will scare the bad guys off at night! 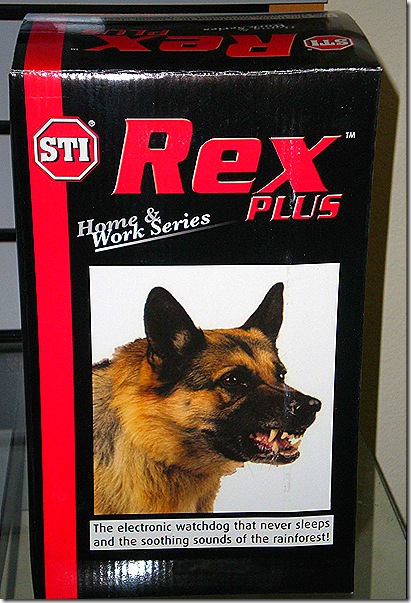 Another neat item, which I have seen before, was this hollowed out Country Time lemonade can that is actually a safe for cash and small valuables. The shop also had other secret safes, including fake food containers and books. Clever stuff. 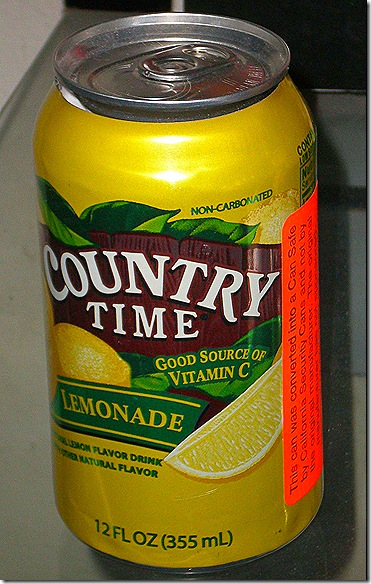 A block away, we came to the Pinball Hall of Fame, a nondescript building packed with vintage pinball machines and arcade games dating back to the 1950s. They are all in working order, and you are welcome to slip a coin into any of them and play! How cool is that? 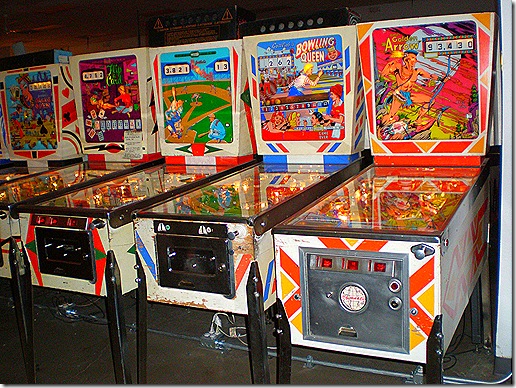 We spent an hour or so just wandering up and down the aisles, looking at the neat old machines, and watching the evolution of arcade games through the years. Compared to today’s high tech electronic toys, this stuff was really primitive, but it sure brought back some memories. Greg White and I compared notes, and decided that between the two of us, we’d slipped enough dimes and quarters into games like this over the years to make a good sized down payment on a nice motorhome! 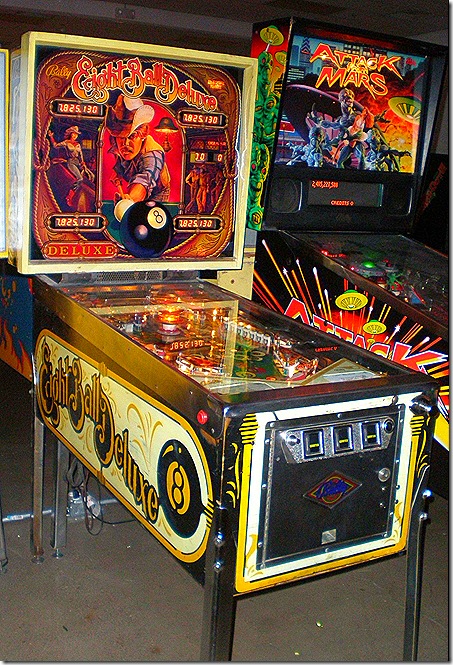 We’ve enjoyed getting to know the side of Las Vegas away from the casinos and gambling halls. There’s a lot to see and do here that most tourists never know about.

Thought For The Day – The cure for insomnia is to get more sleep.