With our rally over, and Life on Wheels now gone, for the first time in a very long time, Terry and I have no place we have to be and nothing we have to do for the next seven months. I have to tell you, that is a nice feeling! It brings to mind the early days in our fulltime RV lifestyle, when we literally pulled up to an intersection and did a mental flip of the coin to decide right or left, north or south.

As I have written before, if I had to define the fulltime RV lifestyle in just one word, that word would be freedom. The freedom to go where we want, when we want, unhampered by schedules and timelines. We’re looking forward to enjoying some of that freedom in the coming months.

Our next real commitment is our Eastern Gypsy Gathering rally in Celina, Ohio, September 28 – October 3. Between now and then, our plans are written in Jello. Next week we’ll make a short trip to San Diego with my daughter and her family to take the grandkids to Sea World. After that, we plan to spend some time wandering around here in Arizona. Eventually we’ll begin meandering toward the Pacific Northwest, an area we love and have seen entirely too 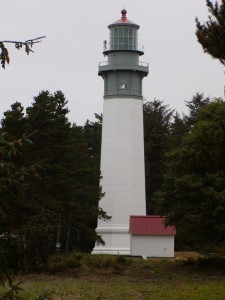 little of in the last few years.

Half a lifetime ago, I got my start in the newspaper business in the small towns along the Northwest coast, and I have missed that area. Except for a brief two week visit five years ago, we have not been there since our first summer on the road. It’s time to go back. We have no real destination in mind, anywhere between Brookings, Oregon and Port Townsend, Washington is fine with us. 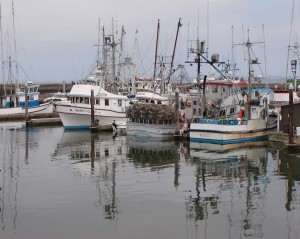 Though we spent much of our lives living in the deserts and mountains of the Southwest, Terry and I love being around the ocean and the Gulf of Mexico. We feel at home anywhere there is salt water, a beach, working fishing ports, lighthouses, and fresh seafood.

We really have not used our Thousand Trails membership enough to make it cost effective, but we knew the time would come when we could start exploring more of the country, and this summer we plan to hit several of the Thousand Trails and NACO preserves along the Oregon and Washington coast.

While we don’t usually like to make reservations, in popular areas like this, we know we’ll have to do so to some extent. But between the above mentioned membership RV parks, Elks and Moose lodges, VFW posts, and our Passport America membership, I’m sure we’ll find plenty of accommodations.

Thought For The Day – One must wait until evening to see how splendid the day has been.